We all know about James Fort, the Elmina and Cape Coast Castle but there’s one fort/castle we have all forgotten as a nation — The Butre Castle In the Western Region Of Ghana.

Some of us didn’t even know it existed in the first place — the Fort Batenstein has been abandoned in the bushes of Butre in the Western Region and accommodating snakes and other forms of reptiles.

A monument that can serve as a form of a tourist site and fetch Ghana some good revenue is rotting and wasting away in the bushes of Butre in the Western parts of Ghana.

Save Money: Protect Your Data And Airtime Using This…

Forget The Hard Economy, Ghana Is Still The Best Place On…

Stop Eating Salts With Iodine And Eat Local Salts Instead…

My husband cheated on me with my married friends – Lady…

50 Cent Wants A Boxing Match With Floyd Mayweather To Settle…

Sarkodie Receives A Customized Microphone For Being The Best…

Fort Batenstein was a fort and trading post established by the Dutch on the Gold Coast in 1656. It is situated in Butre in the western Region. At this fort, the Treaty of Butre was signed on 27 August 1656 between the Dutch and the Ahanta.

The Treaty of Butre regulated the jurisdiction of the Netherlands & the Dutch West India Company over the town of Butre and the surrounding region of Upper Ahanta, creating a Dutch protectorate over the area. The treaty lasted until the Dutch departure from the Gold Coast in 1872. 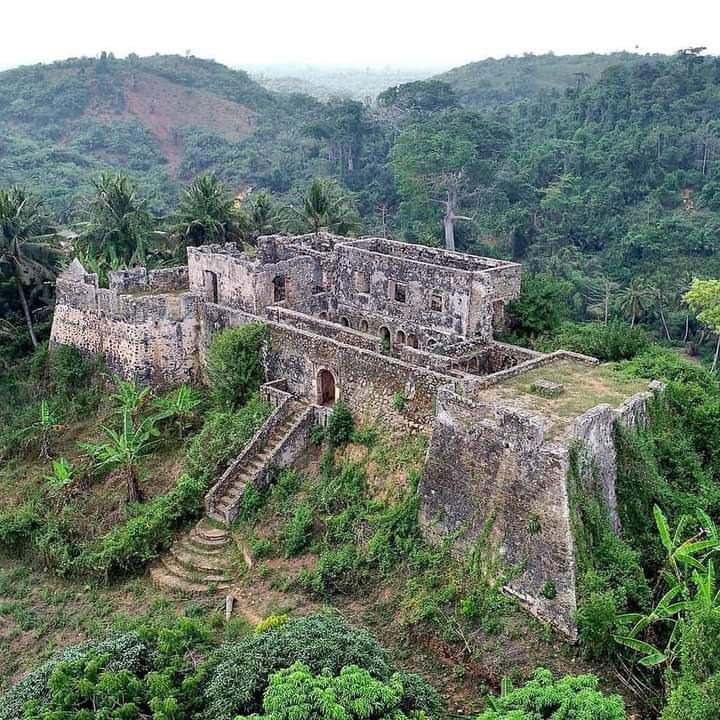 SOME SOCIAL RULES THAT MAY HELP YOU GAIN MORE GRACE AND FAVOR.

Save Money: Protect Your Data And Airtime Using This Strategy

Forget The Hard Economy, Ghana Is Still The Best Place On Earth – Sarkodie

Forbes 15 Richest Presidents In Africa – Number 5 Will Shock You

Medikal And Strongman Beef Was A Business Plan – Fella…

Video: Richie Forced Me To Put KiDi On My Ohemaa Song…

SCREENSHOTS: American Rapper Wale Is Coming To Ghana To Work…

They Chopped Us And Gave Us Only $100 Prostitute Narrates…